Report Of My Findings

The Power of Believing in Chiropractic

The Power of Believing in Chiropractic

Donald M. Petersen, Jr. is the editor/publisher of Dynamic Chiropractic, the profession's most widely circulated publication with a readership exceeding 70,000. While not a chiropractor himself, his father and grandfather were both DCs. Mr. Petersen's goal is to operate Dynamic Chiropractic and its website, chiroweb.com, as effective tools stimulating growth and communication within the chiropractic profession.

Mr. Petersen has served as Secretary for the Council on Chiropractic Guidelines and Practice Parameters since 1993 and was a member of the steering committee for the Mercy Center Conference on Guidelines for Chiropractic Quality Assurance and Practice Parameters (1993). His business expertise in the chiropractic community adds an important dimension to developing health care systems in the changing health care marketplace.

An Emergency Condition: Can You Spot It in Time?

Whole-Body Vibration: How Low Can You Go and Be Effective?

Exercising the Multifidi: Why Isometric Contractions Are Essential 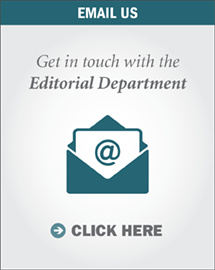