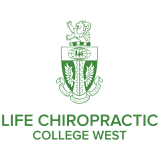 Life Chiropractic College West is pleased to announce the establishment of the $1.2 million Gerard W. Clum, DC Endowed Department Chair for the teaching of Fundamental Chiropractic Philosophy and Principles.

The Sajejo Group, represented by Dr. Julie Lynch-Sasson, a 2009 graduate of Life West, and her husband Benji Sasson, has committed to a generous $600,000 lead gift that will create a $1.2 million Endowed Department Faculty Chair to support the teaching of fundamental chiropractic philosophy and principles. The Endowed Department Chair is named in honor of Dr. Gerard Clum’s years of service to the chiropractic profession and to Life West as its former president.

The $600,000 lead gift will be matched through donations raised by the Institutional Advancement Department at Life West over the course of three years.

The Gerard W. Clum, DC Endowed Department Chair will strengthen the teaching of chiropractic principles at Life West and sustain chiropractic philosophy as a central component of its curriculum. The endowed chair will create additional opportunities for Life West students to develop their core philosophical values and connect with the greater purpose of their study and practice.

The announcement was made on Friday during the annual homecoming event. President Dr. Brian Kelly welcomed over fifteen hundred attendees as he announced the newly formed endowment fund.

“We have always believed that the future of chiropractic lies in the hands of our younger generations, and we are thrilled to be able to support Life West with the Endowed Faculty Chair.” - Dr. Julie Lynch-Sasson

“Life West is humbled and overjoyed to receive a $600,000 lead gift from the Sajejo Group. We are excited to see the positive effects of the Gerard W. Clum, DC Endowed Department Chair, beginning with the invaluable philosophical lessons that we impart onto our passionate and committed students.” - Dr. Brian Kelly

The Life Chiropractic College West community would like to express its gratitude to Dr. Julie Lynch-Sasson and Mr. Benji Sasson of The Sajejo Group for this unprecedented gift.